'Cet FOR LIFE - BOOK ONE: The Oxycodone Blues (Paperback) 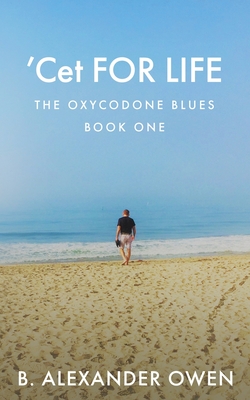 'Cet FOR LIFE - BOOK ONE: The Oxycodone Blues (Paperback)

By B. Alexander Owen

When Stiv's monthly trip to the pharmacy for "supplies" goes terribly wrong, he descends to the lower depths of depravity to get what he needs, and one disaster follows the next, with growing personal anxiety that his life is about to end.

Although drug addiction and recovery are part of the dramatic and emotional undertow of 'Cet for Life, the author writes an engaging portrait of the new decadent man, as described correctly in the Age of Decadence by Ross Douthat, recently writing in the New York Times.

"...the opioid epidemic, whose spread across the unhappiest parts of white America passed almost unnoticed in elite circles for a while because the drug itself quiets rather than inflames, supplying a gentle euphoria that lets its users simply slip away, day by day and bit by bit, without causing anyone any trouble."

'Cet for Life confronts and challenges our beliefs that addicts are somehow a subhuman casualty of predatory and criminal pharmaceutical companies and unscrupulous doctors. Stiv confronts his humanity, his demons, and pulls out of the spiral of a user's dependence, stagnation, and absurdity and onto the path to recovery.