The Ballad of Tommy LiPuma (Hardcover) 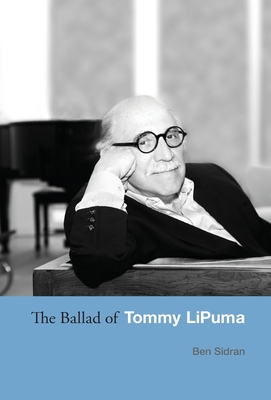 The Ballad of Tommy LiPuma (Hardcover)

Tommy LiPuma was one of America's most successful record producers whose work with seminal artists like Miles Davis, Diana Krall, Barbra Streisand, Rickie Lee Jones, George Benson, and Willie Nelson went on to sell over seventy-five million records. It is also a picaresque journey that opens with the murder of a man on a dirt path in Sicily and concludes with five trips up the Grammy red carpet. The Ballad of Tommy LiPuma is real-life Horatio Alger adventure storied with bootleggers, gangsters, artists, hipsters, set in a revolutionary time in music history that changed popular culture around the world. Finally, it's a deeply personal account of how music saved one man's life, and how he went on to affect the lives of millions of others.

"Tommy was my best friend, my creative partner, my mentor, my confidant, and my producer for twenty-four years. As time goes on, I realize just how special he was."--Diana Krall

"Tommy was a fantastic producer. He always had a great sense of humour . . . he would sit in the studio with us musicians and make every session a complete joy."--Paul McCartney

"Tommy was always looking for ways to bring authentic jazz and blues to a larger audience."--Donald Fagen

"He leaves a great legacy of great music that's going to stand the test of time . . . . I miss him every day."--Al Schmitt

"Tommy was a great producer and a real friend."--Willie Nelson

I don't think that it's been noticed enough what he's done. He's been the most successfulperson, commercially, in the history of jazz."--Randy Newman