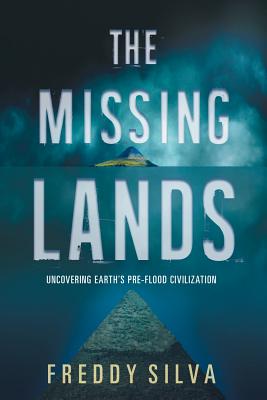 Eyewitness accounts from indigenous people around the world describe how a more advanced group of people lived alongside them 12,000 years ago. Described as 'human-like but not quite human', these gods were master navigators and astronomers who harnessed the laws of nature, built megalithic monuments and raised a comparatively high culture.

In this daring, breathtaking, and original account of a parallel civilization, best-selling author Freddy Silva reveals new evidence behind these gods, from the Shining Ones, the People of the Serpent, and Followers of Horus to the Itz, Urukehu, the Apkallu sages and the Lords of Anu.

He puts together a complex picture of how this global network fell prey to an unimaginable natural disaster whose survivors rebuilt their former world at strategic locations such as the Nile Valley and taught humans the roots of civilized society, proving why we 'magically' discovered civilization around 8500 BC.

But more importantly, he also reveals where these gods once lived, and their ultimate place of origin.

We learn about a landscape temple in New Zealand called Birthplace of the Gods, and how its creators established temple cities around the Pacific, in the Andes, the Yucatan, Egypt and the Middle East.

We visit the city of the Shining People on Lake Titicaca, establish dates for antediluvian temples such as Tiwanaku and the Osirion, and discover how the Giza Pyramids and Gobekli Tepe are linked.

Silva also details the ecological disaster that once engulfed the world, with evidence that it is destined to recur between 2030-2042, the outcome of which will be determined by the very people the flood gods once sought to elevate to their level.