A Life of Her Own: The Story of Margaret Dashwood (Paperback) 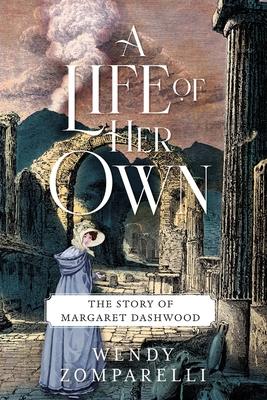 A Life of Her Own: The Story of Margaret Dashwood (Paperback)

Margaret refuses to let a lack of money ruin her dreams of visiting Pompeii and making discoveries of her own.To her family's dismay she begins earning her own living as a companion to an elderly lady in London. She saves every shilling -- until an unexpected circumstance enables her to go to Europe.

With no male relatives able to escort her, she recruits a small party of ladies to travel with her - a daring endeavor for an Englishwoman in the 1820s. Margaret is thrilled when she finds an archeological expedition near Pompeii, unaware that it will lead to danger. She discovers that lofty goals and scientific advancements cannot thwart evil - but that courage and determination can.

Margaret is the youngest of the three sisters in Jane Austen's Sense and Sensibility, in which she makes only minor appearances. Austen's book concludes when Margaret is about 13 years old. A Life of Her Own continues the story of Margaret's life and adventures - but it is more than a sequel.

It is a meticulously researched historical novel about one woman's attempt to overcome the constraints limiting the choices of pre-Victorian ladies - constraints upon the books they were permitted to read, the places they could go unescorted, and the people with whom they could associate. Margaret attempts to work within and around society's norms to construct a life that brings her meaning and joy - the task with which we all contend.