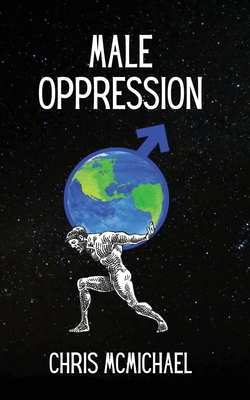 This book dares to ask the question, "If men are toxic by nature, oppressing others without knowing it -- is it possible that men are likewise oppressed without knowing it?" According to history, the answer is yes. From battling ferocious beasts to enduring forced military service, men have been oppressed all along. The trend continues today, but now men are oppressed by the negative messages of the male-bashing mainstream media. Yet somehow, throughout eons of adversity, men managed to keep their sense of fun, inventing the practical joke and the surprise crotch-shot.

Male Oppression is a humorous study of the many ways in which men were exploited in every epoch -- throughout history, men were considered expendable while women and children were generally kept safe. It discusses the fact that men never complained about their oppressed state -- instead, they gloried in the stories they brought home from battle. It explores the evolution of masculinity and provides little-known facts about civilizations that eventually lost their focus on manly virtues. Spoiler alert: those cultures were conquered by masculine ones.

Toxic masculinity -- the ridiculous notion that men are bad -- is poisoning our society and this book is the antidote. Masculinity is celebrated in these pages, because men are specialized to be defenders, protectors, problem-solvers, and providers. Male Oppression is mind maintenance for the modern man.