What Happened to You? (Hardcover) 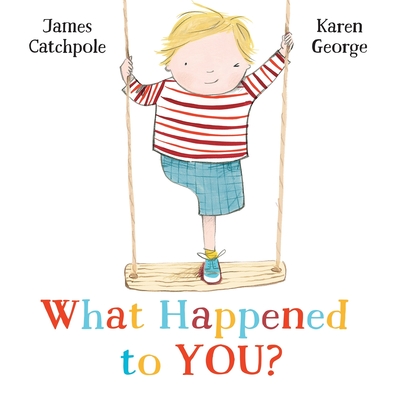 What Happened to You? (Hardcover)


In Stock—Click for Locations
Imagine you were asked the same question again and again throughout your life . . .
Imagine if it was a question that didn't bring about the happiest of memories . . . This is the experience of one-legged Joe, a child who just wants to have fun in the playground . . .
Constantly seen first for his disability, Joe is fed up of only ever being asked about his leg. All he wants to do is play Pirates. But as usual, one after the other, all the children ask him the same question they always ask, What happened to you? Understandably Joe gets increasingly angry Until finally the penny drops and the children realize that it's a question Joe just doesn't want to answer . . . and that Joe is playing a rather good game . . . one that they can join in with if they can stop fixating on his missing leg . . . Because children are children, after all. Based on experiences the disabled author had as a young child, WHAT HAPPENED TO YOU? genuinely reflects a disabled child's perspective for both disabled & able-bodied readers.
James Catchpole was destined to be either an itinerant singer or an amputee footballer. He managed to get off the substitutes' bench a couple of times for the England Amputee Football Team, and also busked around Provence with a guitar (another profession where it actively helps to have one leg), but reached the limits of his talent in both fields by his mid-twenties, and so joined the family business of children's books. He now runs The Catchpole Agency with his wife Lucy, and represents authors and illustrators of children's picture books, non-fiction and novels, including Polly Dunbar, SF Said, Michelle Robinson and David Lucas. Lucy and James live in Oxford with their two young daughters, the eldest of whom is firmly convinced she will be joining the business too - but at five, she has plenty of time to recant. Karen George has spent A LOT of time drawing and painting. When she was small that's what she liked doing best.When she was a little older, Karen gained a first class honours degree in Fine Art followed by an MA from The Royal College of Art. Karen painted film sets for a while until, in 2009, she won Waterstone's 'Picture This' competition to illustrate Freddie and the Fairy for Julia Donaldson. This means Karen still joyfully spends lots of time drawing and painting . . . and now she writes too! Karen lives in Bristol with her family and Dr Calamari the cat.