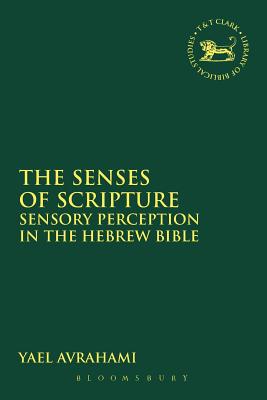 The Senses of Scripture reveals the essence of biblical epistemology - the ways in which ancient Israelites thought about and used their sensorium. The theoretical introduction demonstrates that scholars need to liberate themselves from the Western bias that holds a pentasensory paradigm and prioritises the sense of sight. The discussion of the biblical material demonstrates that biblical scholars should follow a similar path.

Through examination of associative and contextual patters the author reaches a septasensory model, including sight, hearing, speech, kinaesthesia, touch, taste, and smell. It is further demonstrated that the senses, according to the HB, are a divinely created physical experience, which symbolised human ability to act in a sovereign manner in the world. Despite the lack of a biblical Hebrew term 'sense', it seems that at times the merism sight and hearing serves that matter. Finally, the book discusses the longstanding dispute regarding the primacy of sight vs. hearing, and claims that although there is no strict sensory hierarchy evident in the text, sight holds a central space in biblical epistemology.
Yael Avrahami is a lecturer for Biblical Studies at Oranim College and the University of Haifa, Israel.