The Daybreakers: A Novel (Mass Market) 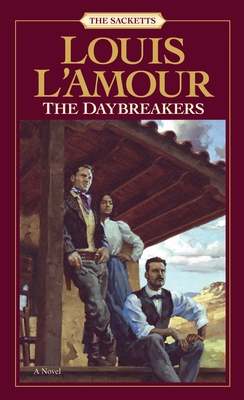 The Daybreakers: A Novel (Mass Market)

Tyrel Sackett was born into trouble but vowed to justice. After having to kill a man in Tennessee, he hit the trail west with his brother Orrin. Those were the years when decent men and women lived in fear of Indians, rustlers, and killers, but the Sackett brothers worked to make the West a place where people could raise their children in peace. Orrin brought law and order from Santa Fe to Montana, and his brother Tye backed him up every step of the way. Till the day the job was done, Tye Sackett was the fastest gun alive.
Our foremost storyteller of the American West, Louis L’Amour has thrilled a nation by chronicling the adventures of the brave men and woman who settled the frontier. There are more than three hundred million copies of his books in print around the world.