Escape From The Pipe Men! (Hardcover) 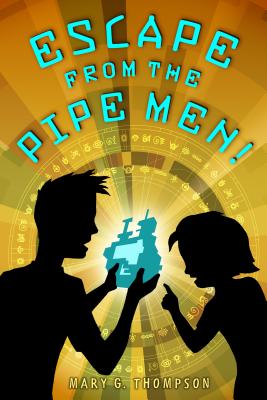 Escape From The Pipe Men! (Hardcover)

Thirteen-year-old Ryan Hawthorn has spent his life on display as a human exhibit in the multi-eyed Pipe Men’s intergalactic zoo. When his father is accidentally poisoned, it’s up to Ryan and his seven-year-old sister, Becky, to scour the universe for the antidote. Along the way, they encounter many strange creatures—from the doglike Hottini to the spindly-legged, hairy Xaxor—and learn that the Pipe Men (or, as Becky calls them, “overgrown drainpipes”) are not kindly overlords, as they had been led to believe. It's not only the humans who are planning to rebel! A wildly imaginative middle grade space-travel adventure.

Mary G. Thompson was born and raised in Cottage Grove and Eugene, Oregon. She was a practicing attorney for more than seven years, including almost five years in the U.S. Navy. She is a librarian in Washington, D.C. Visit her at www.marygthompson.com.