A Bunny in the Ballet (Hardcover) 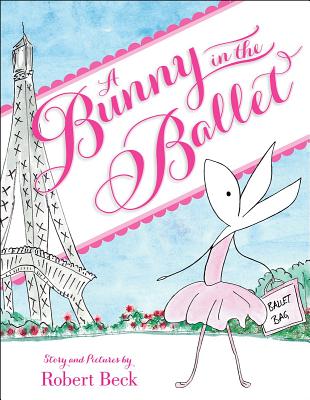 A Bunny in the Ballet (Hardcover)


Special Order—Subject to Availability
With Paris-inspired pen-and-ink illustrations, this charming picture-book debut by an American ballet dancer stars Désirée, a spirited rabbit reaching for her dreams

Désirée Rabbit LOVES to dance, and her sleek bunny form makes her a natural! But her dream to be a famous ballet dancer in her hometown of Paris, France, is always met with one response: "There are no bunnies in the ballet!" Not a rabbit to be discouraged, Désirée marches herself down to the ballet studio to begin classes. Soon enough, she has won over her classmates and mastered all her positions. And on the opening night of "The Nutcracker," she may finally get her chance to shine!

With the quiet charm of MADELINE and the sweet sass of ELOISE, here is a classic in the making. Debut author/illustrator Bob Beck brings us into Désirée's world with graceful, playful lines and splashes of color as vivid as Paris itself.
Robert Beck began studying ballet at the age of fourteen and became a professional ballet dancer, eventually performing at New York's Lincoln Center and working with the Chicago and Princeton Ballets. He founded the Palm Springs Ballet Company and directed it for six years. Robert has also earned a Master's Degree in clinical psychology in addition to his dance career. He lives in Paris with his partner and their rabbit, Desiree, who enjoys trips to the opera, gallery openings, and the corner café.