The Big One: The Cascadia Earthquakes and the Science of Saving Lives (Scientists in the Field) (Hardcover) 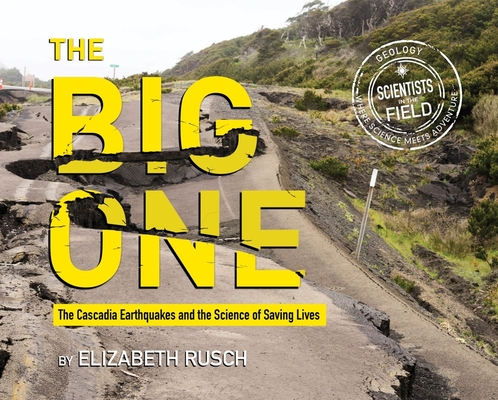 The Big One: The Cascadia Earthquakes and the Science of Saving Lives (Scientists in the Field) (Hardcover)


On Our Shelves Now at:
No one ever thought the Pacific Northwest was due for an earthquake, let alone a catastrophic one. But geologists are transforming our understanding of the grave dangers the population in the region of Cascadia face—will there be a big one? And what can be done to save lives?

America's Pacific Northwest has relatively few earthquakes—only a handful each year that cause even moderately noticeable shaking. But a couple decades ago, scientists discovered a geological feature running along the coast that in other parts of the world regularly triggers massive earthquakes of 8.0 magnitude and higher. Were there once massive earthquakes in this part of the world? Geologists think there were. Now a small group of scientists are studying things that you might not think have anything to do with earthquakes—marsh soil, ocean sediments, landslide debris, and ghost forests—and they have reason to believe that the Pacific Northwest is likely not as idyllic as it was once assumed. The population is likely in grave danger of a massive earthquake at some point. What can be done? The big one can't be stopped, but scientists are working tirelessly to learn as much as they can to prepare.

Elizabeth Rusch lives in Portland, Oregon, with her husband, two terrific kids, and one very funny, quirky dog named Reba. She has written more than 100 magazine articles and more than a dozen acclaimed children’s books, including picture books, middle grade, fiction, nonfiction and even a graphic novel.

★ "A first-rate resource." –School Library Journal, STARRED review   "[T]he information flow across chapters is exceptionally smooth and well organized. As customary for the Scientists in the Field series, the snapshot vibe of the generous photo illustration lends immediacy to the highlighted research."–The Bulletin of the Center for Children's Books  —