When Mischief Came To Town (Hardcover) 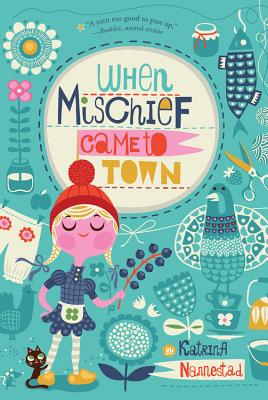 When Mischief Came To Town (Hardcover)

In the tradition of ANNE OF GREEN GABLES and PIPPI LONGSTOCKING comes a heart-warming novel about love, family, grief, joy and the power of laughter and imagination.
When Inge Maria arrives on the tiny island of Bornholm in Denmark to live with her grandmother, she's not sure what to expect. Her grandmother is stern, the people on the island are strange, and children are supposed to be seen and not heard.   But no matter how hard Inge tries to be good, mischief has a way of finding her.     Could it be that a bit of mischief is exactly what Grandmother and the people of Bornholm need?

Katrina Nannestad grew up in central-western NSW. After studying arts and education at the University of New England in Armidale, she worked as a primary school teacher. Her first teaching job was at a tiny two-teacher school in the bush. Katrina now lives near Bendigo with her husband and two sons.

2017 ILA-CBC Children's Choice List Kirkus Best of 2016  Raleigh News & Observer Best of 2016  BookPage Best of 2016   * "Readers can only hope for more of [Inge Maria Jensen's] happy mischief and genuine heart."  —Publishers Weekly STARRED review   * "This heartwarming and richly engaging tale explores grief and the sustaining support of humor with an abundance of love."  —Kirkus STARRED review   * "A yarn too good to pass up."  —Booklist STARRED review   "With both a judicious amount to cry at and much to delight in, this book will satisfy lovers of orphan stories and good-natured mischief makers alike."  —Bulletin   "A truly touching story."  —School Library Journal  "Fans of Pippi Longstocking will devour this hilarious debut novel, featuring an energetic 10-year-old who invigorates an isolated Danish town."  —Shelf Awareness —