The Confederate States of America (A True Book: The Civil War) (A True Book (Relaunch)) (Hardcover) 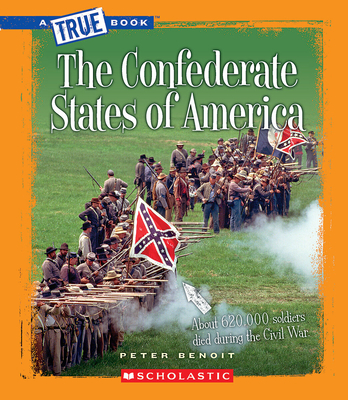 The Confederate States of America (A True Book: The Civil War) (A True Book (Relaunch)) (Hardcover)


Special Order—Subject to Availability
It looked as if America would be split into two separate countries.A True Book: The Civil War series introduces young investigative readers to the civil war, explaining the details leading up to the war, as well as an up-close look at what life was like during that time period. This series includes an age appropriate (grades 3-5) introduction to curriculum-relevant subjects and a robust resource section that encourages independent study. Readers will discover all about the South and the Confederate States of America as the country was divided during the Civil Warand we almost separated into 2 countries.
Peter Benoit earned a degree in mathematics at Skidmore College. He is an educator and poet. He has written more than four dozen books for Scholastic/Children’s Press on topics including disasters, Native Americans, ecosystems, the Titanic, the electoral college, and the 2012 election. He has also written several books on crucial moments in American history and books on ancient Greece and ancient Rome. Peter resides in Greenwich, New York.