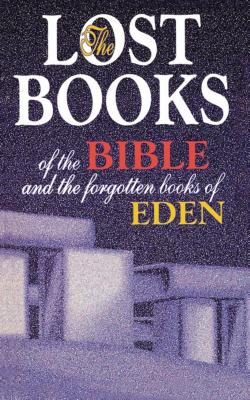 In Lost Books of the Bible and the Forgotten Books of Eden you can read for yourself many of the manuscripts which were excluded from canonized Scripture and discover new appreciation for those which were chosen.

Though apocryphal in nature--many of them suppressed by the early Church Fathers--these forgotten books, gospels, testaments, and epistles are fascinating and beautifully written.

Included in this volume are:

Included before each book are some notes on its origins. Also included are frequent black-and-white images of etchings from early manuscripts.