The Doctor and the Soul: From Psychotherapy to Logotherapy (Paperback) 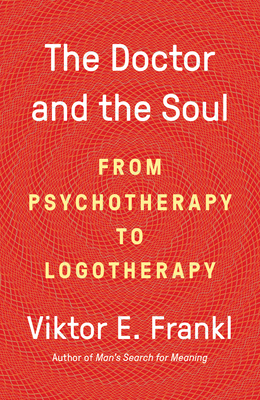 The Doctor and the Soul: From Psychotherapy to Logotherapy (Paperback)


Special Order—Subject to Availability
Newly reissued in trade paperback, from the author of the bestselling Man's Search for Meaning--the classic book in which he first laid out his revolutionary theory of logotherapy.

Dr. Viktor E. Frankl is celebrated as the founder of logotherapy, a revolutionary mode of psychotherapy based on the essential human need to search for meaning in life. Even while suffering the degradation and misery of Nazi concentration camps--an experience he described in his bestselling memoir, Man's Search for Meaning--Frankl retained his belief that the most important freedom is the ability to determine one's spiritual well-being. After his liberation, he published The Doctor and the Soul, the first book in which he explained his method and his conviction that the fundamental human motivation is neither sex (as in Freud) nor the need to be appreciated by society (as in Adler), but the desire to live a purposeful life. Frankl's work represented a major contribution to the field of psychotherapy, and The Doctor and the Soul is essential to understanding it.
VIKTOR E. FRANKL (1905-1997) was Professor of Neurology and Psychiatry at the University of Vienna. During World War II, he spent three years in Auschwitz, Dachau, and other concentration camps. He was the founder of the Third Viennese School of Psychotherapy--the school of logotherapy--and President of the Austrian Medical Society of Psychotherapy. His forty books, which include Man’s Search for Meaning, Psychotherapy and Existentialism, and The Will to Meaning, have been translated into fifty languages.
“Perhaps the most significant thinking since Freud and Adler.” —American Journal of Psychiatry

“His most important book. . . . It gives an existential and spiritual dimension to the work of psychotherapy.” —Positive Health

“[Frankl] subject[s] the great phenomenon of life to a new evaluation. . . . Well written and backed by powerful personal conviction.” —American Journal of Psychotherapy