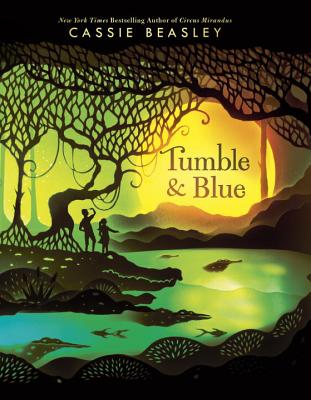 
Special Order—Subject to Availability
From the New York Times bestselling author of Circus Mirandus comes the magic-infused story of a golden gator, two cursed kids, and how they take their destinies into their own hands.

When the red moon rises over the heart of the Okefenokee swamp, legend says that the mysterious golden gator Munch will grant good luck to the poor soul foolish enough to face him.

But in 1817, when TWO fools reach him at the same time, the night’s fate is split. With disastrous consequences for both . . . and their descendants. Half of the descendants have great fates, and the other half have terrible ones.

Now, Tumble Wilson and Blue Montgomery are determined to fix their ancestors’ mistakes and banish the bad luck that’s followed them around for all of their lives. They’re going to face Munch the gator themselves, and they’re going to reclaim their destinies.

But what if the legend of Munch is nothing but a legend, after all?

Full of friendship, family, and the everyday magic and adventure that readers of Savvy and A Snicker of Magic love, Cassie Beasley’s newest middle grade book is another crowd-pleasing heart-warmer—perfect for reading by yourself, or sharing with someone you love.
Cassie Beasley is from rural Georgia, where, when she’s not writing, she helps out on the family pecan farm. She earned her MFA in Writing for Children and Young Adults at the Vermont College of Fine Arts. Her first book, Circus Mirandus, was a New York Times bestseller, a New York Times notable book, and a Nerdie Book Club Award winner.
* "Reminiscent of Ingrid Law's Savvy books, Beasley's sophomore novel is a spirited yarn that shines through rich characters, evocative writing, and enchanted premise.”—Booklist, starred review

* "A tender message about sacrifice-for loved ones and the greater good-underlies this magical story of fate and family.”—Publishers Weekly, starred review

* "An original, highly engaging story about the power of friendship, family curses, and blessings-and what it means to be a hero."—Kirkus Reviews, starred review

* "The lush setting and lustrous portrayal of the characters will captivate even the most reluctant reader. Middle graders will delight in the richly drawn world and history that Beasley creates.”—School Library Journal, starred review

* "In a mix of tall tale, magic realism, comic midgrade mayhem, and sweetness—a mix reminiscent of Sachar’s Holes—Beasley creates a distinctive, energetic world in which kindness is a muscular value and quirkiness is organic to the setting."—The Horn Book, starred review