Muslims Christians, and Jews in the Crusader Kingdom of Valencia: Societies in Symbiosis (Cambridge Iberian and Latin American Studies) (Paperback) 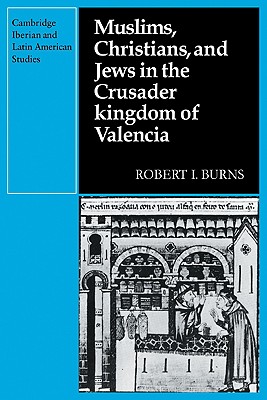 Muslims Christians, and Jews in the Crusader Kingdom of Valencia: Societies in Symbiosis (Cambridge Iberian and Latin American Studies) (Paperback)

By Robert I. Burns


Not On Our Shelves—Ships in 1-5 Days
(This book cannot be returned.)
The crusade which conquered Mediterranean Spain in the thirteenth century resulted in the domination by an alien Christian minority of a dissident Muslim majority and an unusually large Jewish population. Professor Burns' research into previously untapped archival sources reveals the tensions and interaction between the three religious societies after the crusade. A principal source for the author's research has been the revolutionary paper registers of King Jaume the Conqueror. These abundant and neglected documents shed new light on Jaume's pluri-ethnic kingdom during its first generation of settlement. The chapters, each a pioneering work for its topic, are radically different in subject and in approach, and yet concern the same theme, the symbiosis of cultures in the redeveloping kingdom, and the same time-span, the reigns of Jaume the Conqueror and his son, Pere the Great.