The Math Behind the Music [With CDROM] (Outlooks) (Paperback) 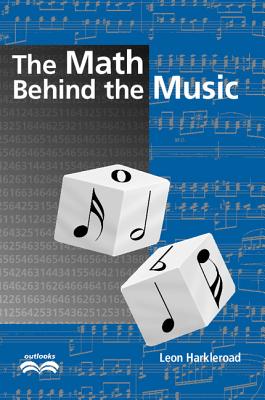 The Math Behind the Music [With CDROM] (Outlooks) (Paperback)


Not On Our Shelves—Ships in 1-5 Days
Mathematics has been used for centuries to describe, analyze, and create music. In this book, Leon Harkleroad explores the math related aspects of music from its acoustical bases to compositional techniques to music criticism, touching on - overtones, scales, and tuning systems - the musical dice game attributed to Mozart and Haydn - the several-hundred-year-old style of bell-playing known as ringing the changes - the twelve-tone school of composition that strongly influenced music throughout the 20th century and many other topics involving mathematical ideas from probability theory to Fourier series to group theory. He also relates some cautionary tales of misguided attempts to mix music and mathematics. Both the mathematical and the musical concepts are described in an elementary way, making the book accessible to general readers as well as to mathematicians and musicians of all levels. The book is accompanied by an audio CD of musical examples.