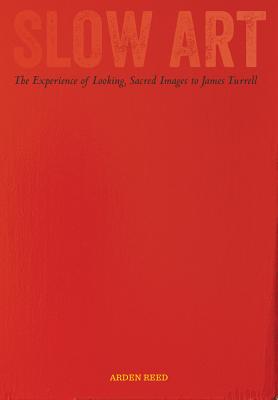 
Not On Our Shelves—Ships in 1-5 Days
Americans, on average, spend between six and ten seconds with individual artworks in museums or galleries—hardly time enough. But how, in our culture of distraction, might we extend attention? Slow Art models sustained ways of looking, through encounters with various media both present and past—including photography, painting, sculpture, “living pictures,” film, video, digital and performance art—even light and space. Works by Diderot, Emma Hamilton, Oscar Wilde, Jeff Wall, Sam Taylor-Johnson, Andy Warhol, and Richard Serra, among others, shape a new and distinct aesthetic field. But rather than a collection of objects, slow art is participatory—it directly engages beholders to bring artworks to life. Against current orthodoxy, Arden Reed argues that, for contemporary viewers, the contemplation of slow art is akin to religious practices during the ages of faith.
Arden Reed (1947–2017) was Arthur and Fanny Dole Professor of English at Pomona College. He wrote on the visual arts and literature, and his publications include Manet, Flaubert, and the Emergence of Modernism and Romantic Weather: The Climates of Coleridge and Baudelaire.

"...what in another writer’s hands might have been a dry academic treatise turns out to be a lively ramble through high and low culture, touching on the likes of Diderot, Goethe, David Foster Wallace, Susan Sontag, Sleeping Beauty, the Countess de Castiglione and Andy Warhol."
— Wall Street Journal

"Reed seeds his profundities throughout Slow Art in example after example, weaving them into compelling histories that get you thinking about art in new ways."
— The Santa Fe New Mexican

"It has an interesting point to make when it comes to the relationship between stillness and motion, layering and adding dimensions as well as approaching art from a “slow” angle instead of the artwork itself necessarily carrying such qualities. What seems to be a fad and neologism, is actually based on a concept that harks back to ancient times yet what is exemplified in the book is that it is inextricably with our current state of affairs and the future."