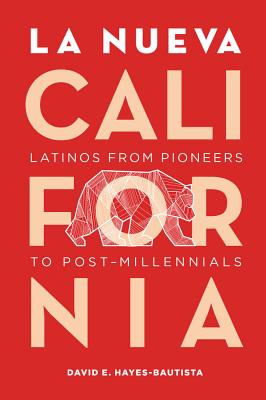 
Not On Our Shelves—Ships in 1-5 Days
Since late 2001 more than fifty percent of the babies born in California have been Latino. When these babies reach adulthood, they will, by sheer force of numbers, influence the course of the Golden State. This essential study, based on decades of data, paints a vivid and energetic portrait of Latino society in California by providing a wealth of details about work ethic, family strengths, business establishments, and the surprisingly robust health profile that yields an average life expectancy for Latinos five years longer than that of the general population. Spanning one hundred years, this complex, fascinating analysis suggests that the future of Latinos in California will be neither complete assimilation nor unyielding separatism. Instead, the development of a distinctive regional identity will be based on Latino definitions of what it means to be American.

This updated edition now provides trend lines through the 2010 Census as well as information on the 1849 California Constitutional Convention and the ethnogenesis of how Latinos created the society of "Latinos de Estados Unidos" (Latinos in the US). In addition, two new chapters focus on Latino Post-Millennials—the first focusing on what it’s like to grow up in a digital world; and the second describing the contestation of Latinos at a national level and the dynamics that transnational relationships have on Latino Post-Millennials in Mexico and Central America.

David E. Hayes-Bautista is Distinguished Professor of Medicine and Director of the Center for the Study of Latino Health and Culture in the Division of General Internal Medicine and Health Services Research at the David Geffen School of Medicine at the University of California, Los Angeles. He is the author of No Longer a Minority: Latino Social Participation in California, The Burden of Support: Young Latinos in an Aging Society, and El Cinco de Mayo: An American Tradition.