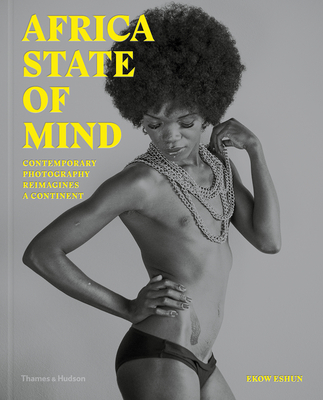 A vibrant photographic anthology that presents the work of a generation of image makers who are forging new visions of Africa.

Africa State of Mind gathers together the work of an emergent generation of photographers from across the continent, exploring Africa as a psychological space as much as a geographical one. Both a summation of new photographic practice from the last decade and a compelling survey of the ways in which contemporary African photographers are engaging with ideas of “Africanness,” Africa State of Mind is a timely collection of those photographers seeking to capture the experience of what it means to “be African.”

Presented in four thematic sections—“Hybrid Cities,” “Inner Landscapes,” “Zones of Freedom,” and “Myth and Memory”—each part presents selections of work by a new wave of African photographers who are looking both outward and inward: capturing life among the sprawling cities of the continent, turning the continent’s history into the source of resonant new myths, and exploring questions of gender, sexuality, and identity.

With over 300 photographs by more than fifty photographers, Africa State of Mind is a mesmerizing survey of the most dynamic scenes in contemporary photography and an introduction to the creative figures making them.

Ekow Eshun is a writer, curator, journalist, and broadcaster based in London, whose writing has appeared in publications including the New York Times, Financial Times, The Guardian, and Vogue.
Eshun proposes a concept of Africa that is critically amorphous and sustained by subjectivity.
— Aperture