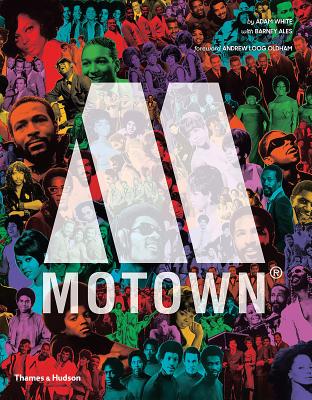 Now in paperback, the definitive visual history of Motown, the Detroit-based record company that became a music powerhouse.

The music of Motown defined an era. From the Jackson 5 and Diana Ross to Stevie Wonder and Smokey Robinson, Berry Gordy and his right-hand man, Barney Ales, built the most successful independent record label in the world. Not only did Motown represent the most iconic recording artists of its time and produce countless global hits—it created a cultural institution that redefined pop and gave us the vision of a new America: vibrant, innovative, and racially equal.

This new paperback edition of the first official visual history of the label includes a dazzling array of images, and unprecedented access to the archives of the makers and stars of Motown. Extensive specially commissioned photography of treasures extracted from the Motown archives, as well as the personal collections of Barney Ales and Motown stars, lends new insight into the lives of the legends. Motown also draws on interviews with key players from the label’s colorful history, including Motown founder Berry Gordy; Barney Ales; Smokey Robinson; Mary Wilson, founding member of the Supremes; and many more.

Adam White, who scripted the Grammy-nominated radio documentary The Motown Story, was editor-in-chief at Billboard, and coauthored The Billboard Book of Number One Rhythm & Blues Hits. He was vice president of communications at Universal Music Group International from 2002 to 2012.

Barney Ales was Berry Gordy’s right-hand man. Ales rose to become Motown’s executive vice president and then served as its president from 1975 to 1978.
“This fat, fact-filled book celebrates the label's six decades in the industry… with new and exciting insights.”
— Music Connection