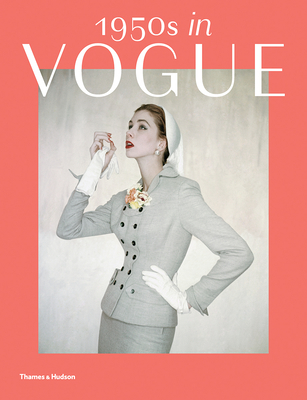 A large-scale publication dedicated to the 1950s as captured in the pages of American Vogue. This book is illustrated by fashion’s greatest photographs of that period—the era when the magazine became the cultural force it is today.

One of only seven editors in chief in American Vogue’s history, Jessica Daves has remained one of fashion’s most enigmatic figures. Diana Vreeland’s direct predecessor in the role, it is Daves who first catapulted the magazine into modernity.

A testament to a changing America on every level, Daves’s Vogue was the first to embrace a “high/low” blend of fashion in its pages and to introduce world-renowned artists, literary greats, and cultural icons into every issue, offering the reader a complete vision of how design, interiors, architecture, entertaining, art, literature, and culture all connected and contributed to refining and defining taste and personal style. Daves profiled icons of American style, from John and Jackie Kennedy to Charles and Ray Eames, alongside Dior, Chanel, Givenchy, and Balenciaga creations.

Revealing a fascinating and hitherto little-explored moment in Vogue history, 1950s in Vogue is a must-have reference for lovers of fashion, photography, and style.

Rebecca C. Tuite is a fashion historian and writer. She is a doctoral candidate at the Bard Graduate Center. She is the author of Seven Sisters Style: The All-American Preppy Look, which was featured in publications including the Wall Street Journal, Paris Vogue, and Vanity Fair.
Traces the tidal shift at the essential magazine during the editorship of Jessica Daves, who not only featured fashion but also the cultural output of artists and literary figures, laying the groundwork for the brand that still thrives today.
— Los Angeles Times

Lavishly illustrated… shine[s] a spotlight on this editor and the magazine she edited… Daves contextualized fashion among advances in technology, design, and art.
— Vogue.com