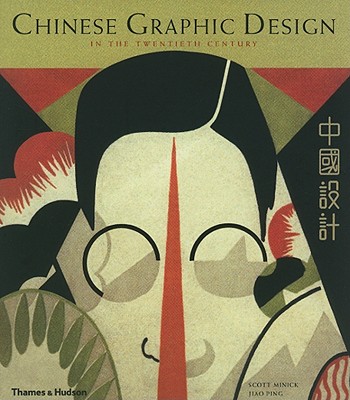 An astonishing collection of graphics, uncovered from long- forgotten sources, mostly in China itself.

From posters and advertisements to book covers and magazines, this book presents a dazzling panoply of modern graphic design in China.

Beginning with the basic traditions of Chinese graphics, the authors show how the writer and artist Lu Xun became the center of cultural revival in the new China. We see Art Deco coming to China in the Shanghai Style, and the birth of a dynamic national design style, born of Russian Constructivism and China’s own drive for new technology. The Socialist Realist art of Mao in turn adopted folk art traditions to fuel the Revolutionary machine, while the continuing search for a new identity can be seen in the graphic images of protest from the summer of 1989.

Scott Minick has lectured extensively in design history. He maintains his own consulting firm in Hong Kong, Minick Jiao Design.

Jiao Ping taught at the Shanghai University College of Fine Arts and now lives in Hong Kong.
[This] richly illustrated book introduces the European-influenced modernist graphics of the “Shanghai Style,” dominated by Art Deco, and the “Progressive Movement,” influenced by Russian Constructivism, de Stijl and the Bauhaus.
— The New York Times Book Review