Symbols of the Occult (Hardcover) 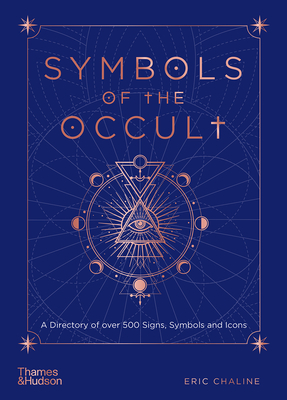 Symbols of the Occult (Hardcover)

Covering astronomy, demonology, witchcraft, ancient magic, and much more, this book serves as a directory to decoding over 500 signs, symbols, and icons of the occult.

This expansive illustrated directory showcases the key signs and symbols of the occult. Each entry has been carefully selected for its powerful symbolism, and the stylish illustrations span from the myths and legends of the ancient world to the icons used in modern science.

Award-winning author Eric Chaline introduces each topic with a short overview before featuring the key signs and symbols and exploring similar and related entries. Including signs from ancient Egypt and Mesopotamia, as well as Aztec, Celtic, Slavic, Native American, and Hindu societies, Symbols of the Occult examines more than 500 symbols from history, art, and culture by decoding their iconography and exploring their historical significance. Arranged by topic, this volume collects the key areas of astrology and cosmology; witchcraft and mysticism; satanism and demonology; science and alchemy; math and sacred geometry; the natural world; and symbols of ancient and secret societies.

This guide is the ultimate resource for the modern occultist.

Eric Chaline is an author and editor based in London. He has a special interest in religion and philosophy and has written books on a range of subjects, such as history, travel, and health and fitness. His published works include The Book of Zen, The Book of Gods and Goddesses, 101 Dilemmas for the Armchair Philosopher, Lost Treasures, Ancient Greece, and Strokes of Genius, which won the Lord Aberdare Literary Prize for the best book on the history of sport in 2018.