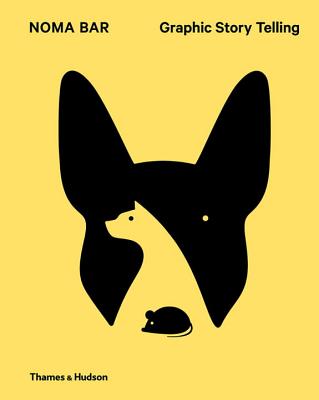 A career retrospective of one of the world’s most inventive contemporary illustrators, curated by the artist

From an illustration of Donald Trump, his signature pout forming the shape of a fist, to Bob Dylan, seemingly composed of musical instruments, Noma Bar’s innovative, playful style has made him one of the most sought-after illustrators working today. His use of negative space and minimalist forms creates images within images—layers of meaning that delight and surprise in equal measure. Each of Bar’s illustrations tells a story that is hidden in the details, the whole message revealing itself with a second look.

For this retrospective volume, Bar has handpicked his iconic illustrations and favorite works, covering a range of topics, all in the distinctive style that has established his reputation. The works are organized into the thematic chapters Less More (daily life), Pretty Ugly (portraits), In Out (sex), and Life Death (conflict). Alongside the images, Bar reveals his working methods and the stories behind his often idiosyncratic inspiration for different illustrations, and he reflects on how his life experiences have shaped him as an artist.

Noma Bar is a must-have reference source for students or professionals in the worlds of graphic design and illustration, and a treasury for any follower of visual and popular culture.

Noma Bar is an acclaimed illustrator whose work has appeared in many publications and media outlets, including Time Out London, the BBC, the New York Times, Observer, Economist and Wallpaper*. Born in Israel, Noma Bar is London-based.