The Ego and the Id (Paperback) 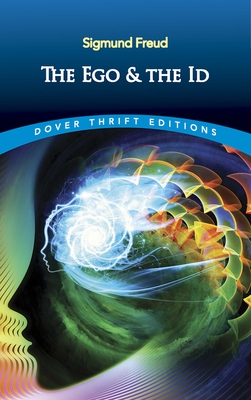 The Ego and the Id (Paperback)


Special Order—Subject to Availability
(This book cannot be returned.)
All human behaviors and traits, according to this 1923 study, derive from the complicated interactions of three elements of the psyche: the id, the ego, and the superego. The root of Sigmund Freud's approach to psychiatric treatment resides in bringing the id, the hidden source of human passion, to the surface. The ego -- formed to negotiate the id's interactions with reality -- and the superego -- the critical, moralistic part of the mind -- remain in constant conflict with the id's demands.
Although the concept of the unconscious was not Freud's own invention, he brought it into popular awareness and pioneered its use in treating mental conditions. This groundbreaking volume constitutes one of the Viennese physician's most insightful works on the topic. In addition to positing the balancing act between the id, ego, and superego, Freud further explores the concepts of the life force and the death force, and the anxieties driven by fear, morality, and guilt.
The Father of Psychoanalysis, Sigmund Freud (1856-1939) ranks among the most important figures in Western psychology. He is responsible for the theories of parapraxis (Freudian slips), dreams as wish fulfillment, the Oedipus complex, repression, the unconscious mind, and other concepts.