The Price of Salt: Or Carol (Paperback) 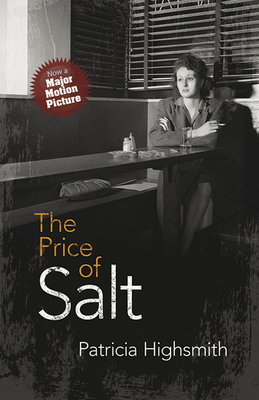 The Price of Salt: Or Carol (Paperback)


Backordered
(This book cannot be returned.)
A chance encounter between two lonely women leads to a passionate romance in this lesbian cult classic. Therese, a struggling young sales clerk, and Carol, a homemaker in the midst of a bitter divorce, abandon their oppressive daily routines for the freedom of the open road, where their love can blossom. But their newly discovered bliss is shattered when Carol is forced to choose between her child and her lover.
Author Patricia Highsmith is best known for her psychological thrillers Strangers on a Train and The Talented Mr. Ripley. Originally published in 1952 under a pseudonym, The Price of Salt was heralded as the novel of a love society forbids. Highsmith's sensitive treatment of fully realized characters who defy stereotypes about homosexuality marks a departure from previous lesbian pulp fiction. Erotic, eloquent, and suspenseful, this story offers an honest look at the necessity of being true to one's nature. The book is also the basis of the acclaimed 2015 film Carol, starring Cate Blanchett and Rooney Mara.
Patricia Highsmith (1921-95) won the O. Henry Award for her first published short story, The Heroine. Her 22 novels and eight collections of short stories include such well-known books as Strangers on a Train and The Talented Mr. Ripley. Highsmith engaged in sexual relationships with women as well as men, and The Price of Salt is regarded as highly autobiographical.