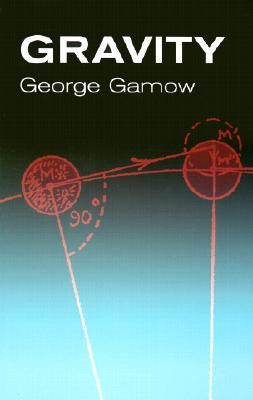 A distinguished physicist and teacher, George Gamow also possessed a special gift for making the intricacies of science accessible to a wide audience. In Gravity, he takes an enlightening look at three of the towering figures of science who unlocked many of the mysteries behind the laws of physics: Galileo, the first to take a close look at the process of free and restricted fall; Newton, originator of the concept of gravity as a universal force; and Einstein, who proposed that gravity is no more than the curvature of the four-dimensional space-time continuum.
Graced with the author's own drawings, both technical and fanciful, this remarkably reader-friendly book focuses particularly on Newton, who developed the mathematical system known today as the differential and integral calculus. Readers averse to equations can skip the discussion of the elementary principles of calculus and still achieve a highly satisfactory grasp of a fascinating subject.
Starting with a chapter on Galileo's pioneering work, this volume devotes six chapters to Newton's ideas and other subsequent developments and one chapter to Einstein, with a concluding chapter on post-Einsteinian speculations concerning the relationship between gravity and other physical phenomena, such as electromagnetic fields.

A renowned physicist and author of the bestseller One Two Three . . . Infinity, George Gamow is one of the founders of the Big Bang theory. Modern Science Made Easy By one of the leading physicists of the twentieth century, George Gamow's One, Two, Three...Infinity is one of the most memorable popular books on physics, mathematics, and science generally ever written, famous for having, directly or indirectly, launched the academic and/or scientific careers of many young people whose first real encounter with the wonders and mysteries of mathematics and science was through reading this book as a teenager. Untypically for popular science books, this one is enhanced by the author's own delightful sketches. Reviewers were enthusiastic when One, Two, Three...Infinity was published in 1947. In the Author's Own Words: If and when all the laws governing physical phenomena are finally discovered, and all the empirical constants occurring in these laws are finally expressed through the four independent basic constants, we will be able to say that physical science has reached its end, that no excitement is left in further explorations, and that all that remains to a physicist is either tedious work on minor details or the self-educational study and adoration of the magnificence of the completed system. At that stage physical science will enter from the epoch of Columbus and Magellan into the epoch of the National Geographic Magazine! -- George Gamow Critical Acclaim for One, Two, Three...Infinity: This skillful presentation is for the non-professional and professional scientist. It will broaden the knowledge of each and give the imagination wide play. -- Chemistry and Engineering News A stimulating and provocative book for the science-minded layman. -- Kirkus Reviews This is a layman's book as readable as a historical novel, but every chapter bears the solid imprint of authoritative research. -- San Francisco Chronice George Gamow succeeds where others fail because of his remarkable ability to combine technical accuracy, choice of material, dignity of expression, and readability. -- Saturday Review of Literature