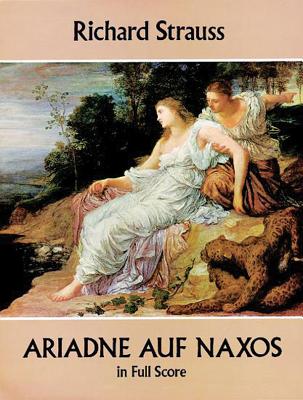 
Not On Our Shelves—Ships in 1-5 Days
(This book cannot be returned.)
One of the composer's most highly regarded operas, with a libretto by Hugo von Hoffmansthal that artfully intermingles backstage comedy, the lofty emotions of Greek mythology and the merry pranks of a troupe of commedia dell'arte players. Strauss endowed these antic proceedings with a luminous score that combines music of great satiric wit with breathtaking flights of lyricism. Reprinted from the definitive full-score edition published by Adolph Furstner following the opera's 1916 premiere at the Vienna State Opera.
A leading composer of the late Romantic and early modern eras, Richard Strauss (1864-1949) is known for his operas (Der Rosenkavalier and Salome), Lieder, tone poems, and orchestral works.