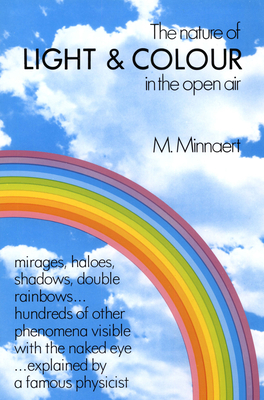 Rainbows, mirages, multiple moons, black snow, colored shadows, irridescent clouds, halos, green surf, and hundreds of other natural phenomena are clearly and simply explained in this unique book by Professor Minnaert of the University of Utrecht. Written with complete lucidity, it is a book not only for astronomers, physicists, and geographers, but also for artists and photographers and for anyone else who would like to know more about how to observe and understand the strange behavior of light and color in nature.
The author shows just how, when, and under what conditions to observe the fata morgana (a complex mirage in the form of a city in the sky), the scintillation of stars and planets, apparent motion in shadows and objects due to air currents, color changes due to refraction and reflection, illusions of motion and direction, effects of rapidly moving spokes, the changes in color and light due to eclipses of the sun and moon, magnificent colors on a frozen window pane, or an extended body of water, the deceptive appearance of objects beneath the surface of water, and many other such phenomena.
The theory explaining most of these effects is given in ordinary language only occasionally supplemented by elementary mathematical demonstrations. In addition, Professor Minnaert has included 202 illustrations (including 42 photographs) covering practically every phenomenon discussed. These illustrations make hundreds of details explicit so that you can identify them at sight and try the experiments outlined.