A Rake Of His Own (Paperback) 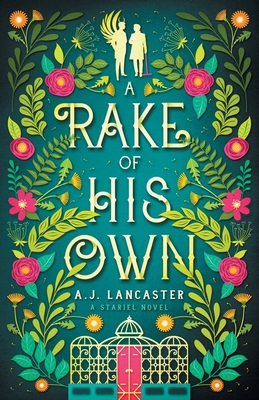 A Rake Of His Own (Paperback)

Marius Valstar doesn't know which is worse: the dead body in his greenhouse or the naked fae prince on his desk.

The only rakes of interest to Marius are garden tools. Not fae princes. Certainly not the arrogant, selfish fae prince he has the misfortune to have a history with.

But when Prince Rakken turns up naked and bleeding in Marius's college the same day a body appears in his greenhouse, scruples must take second place to solving a murder that could unravel the delicate balance between humans and fae.

Marius's own developing magical powers are more hindrance than help - as is Rakken's bloodied past. Forced to work together, they must forge an uneasy alliance if they are to track down the killer. But how can Marius trust the man who represents everything he's trying to avoid?

A Rake of His Own is a steamy m/m gaslamp fantasy featuring a melodramatic fae prince, a beleaguered botanist, and a second-chance enemies-to-lovers romance. It occurs chronologically after the events of The Stariel Quartet, but can be read as a standalone.