Kofi Annan: A Man of Peace in a World of War (Paperback) 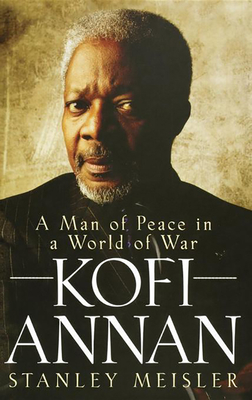 Kofi Annan: A Man of Peace in a World of War (Paperback)


Not On Our Shelves—Ships in 1-5 Days
In this thoughtful, balanced biography, former Los Angeles Times foreign and diplomatic correspondent Stanley Meisler traces Kofi Annan's unconventional rise from optimistic student to striving personnel and budget specialist in the United Nations bureaucracy to full-time manager of the world's crises. The book presents a unique portrait of this widely admired leader, with Annan's own view of events tempered and augmented by those of his allies and opponents, defenders and detractors.
Stanley Meisler is the author of United Nations: The First Fifty Years, the only authoritative history of the U.N. He has known Kofi Annan for many years, having covered him during most of Annan's career as a public figure. For twenty years, Meisler covered much of the world for the "Los Angeles Times," returning to the United States to cover the U.N. in New York and the State Department in Washington. Meisler still contributes articles to the paper's Book Review, Sunday Opinion, and Art sections. He has also contributed to "Foreign Affairs," "The Atlantic," "Reader's Digest," and other publications.