Who Was Jacqueline Kennedy? (Who Was?) (Paperback) 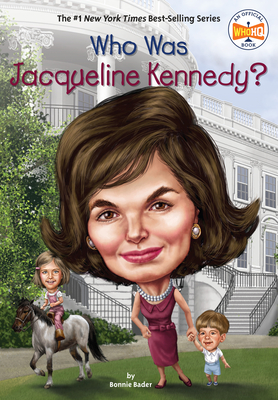 Who Was Jacqueline Kennedy? (Who Was?) (Paperback)


Not On Our Shelves—Ships in 1-5 Days
Through this engaging Who Was? biography, kids will discover the woman behind the sunglasses.

Private and bookish, Jackie Kennedy found herself thrust into the world spotlight as the young and glamorous wife of the President John F. Kennedy.  As First Lady she restored the once neglected rooms of the White House to their former glory, and through her charm and elegance became a style icon whose influence is still felt even today. Kids will be fascinated to read about a First Family whose youth, intelligence, and good looks captivated America in the early 1960s.
Bonnie Bader has written several biographies for young readers. She lives in Brooklyn, New York.