Who Was Theodore Roosevelt? (Who Was?) (Paperback) 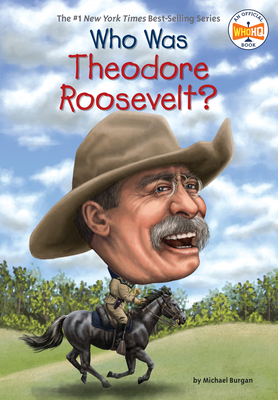 Who Was Theodore Roosevelt? (Who Was?) (Paperback)


Backordered
He was only 42 years old when he was sworn in as President of the United States in 1901, making TR the youngest president ever.  But did you know that he was also the first sitting president to win the Nobel Peace Prize? The first to ride in a car? The first to fly in an airplane? Theodore Roosevelt’s achievements as a naturalist, hunter, explorer, author, and soldier are as much a part of his fame as any office he held as a politician. Find out more about The Bull Moose, the Progressive, the Rough Rider, the Trust Buster, and the Great Hunter who was our larger-than-life 26th president in Who Was Theodore Roosevelt?
Michael Burgan specializes in books for children and young adults and has written biographies of scientists, explorers, and world leaders. A graduate of the University of Connecticut with a degree in history, Burgan is also the editor of The Biographer's Craft, the newsletter for Biographers International Organization.