The Widow of the South (Paperback) 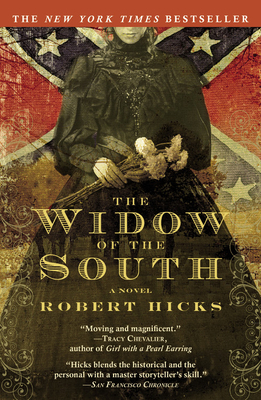 The Widow of the South (Paperback)

By Robert Hicks
List Price: $18.99
Our Price: $17.99
(Save: $1.00 5%)
In Stock—Click for Locations
Based on a true story, this debut Civil War novel follows a Southern plantation woman's journey of transforming her home into a hospital for the war.
This debut novel is based on the true story of Carrie McGavock. During the Civil War's Battle of Franklin, a five-hour bloodbath with 9,200 casualties, McGavock's home was turned into a field hospital where four generals died. For 40 years she tended the private cemetery on her property where more than 1,000 were laid to rest.
Robert Hicks is the New York Times bestselling author of the novels The Widow of the South and A Separate Country. He lives in Tennessee.