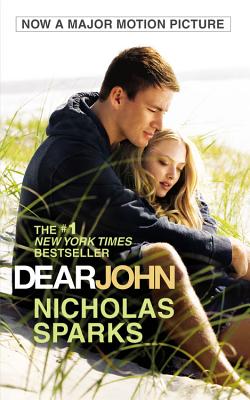 
Not On Our Shelves—Ships in 1-5 Days
When a rebel serving in the Army meets the girl of his dreams, he must face an impossible choice as a national tragedy forces them apart in this powerful New York Times bestseller.An angry rebel, John dropped out of school and enlisted in the Army, not knowing what else to do with his life--until he meets the girl of his dreams, Savannah. Their mutual attraction quickly grows into the kind of love that leaves Savannah waiting for John to finish his tour of duty, and John wanting to settle down with the woman who captured his heart.
But 9/11 changes everything.
John feels it is his duty to re-enlist. And sadly, the long separation finds Savannah falling in love with someone else. "Dear John," the letter read...and with those two words, a heart was broken and two lives were changed forever. Returning home, John must come to grips with the fact that Savannah, now married, is still his true love--and face the hardest decision of his life.
With over 100 million copies of his books sold, Nicholas Sparks is one of the world's most beloved storytellers. His novels include sixteen #1 New York Times bestsellers, and all of his books, including Three Weeks with My Brother, the memoir he wrote with his brother, Micah, have been New York Times and international bestsellers, and were translated into more than fifty languages. Eleven of Nicholas Sparks's novels -- The Choice, The Longest Ride, The Best of Me, Safe Haven, The Lucky One, The Last Song, Dear John, Nights in Rodanthe, The Notebook, A Walk to Remember, and Message in a Bottle -- have been adapted into major motion pictures.