The Outside Shot (Mass Market) 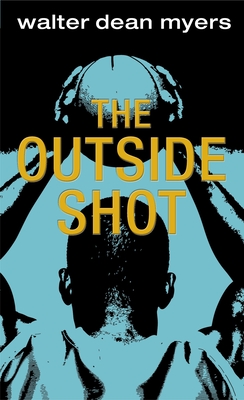 The Outside Shot (Mass Market)


Special Order—Subject to Availability
When Lonnie Jackson leaves Harlem for a basketball scholarship to a midwestern college, he know he must keep his head straight and his record clean. That's the only way he'll have a chance of making it to the pros someday.

But his street smarts haven't prepared him for the pressures of tough classes, high-stakes college ball, and the temptation to fix games for local gamblers. Everyone plays by a whole new set of rules -- including Sherry, who's determined to be a track star. Her independence attracts Lonnie, but their on-again, off-again relationship is driving him crazy.

Lonnie has one year to learn how to make it as a "college man." It's his outside shot at a bright future. Does he have what it takes?

1937–2014
Walter Dean Myers’s fiction and nonfiction books have reached millions of young people. A prolific author of more than one hundred titles, he received every major award in the field of children’s literature. He wrote two Newbery Honor Books, eleven Coretta Scott King Award winners, three National Book Award finalists, and the winner of the first Michael L. Printz Award for Excellence in Young Adult Literature. He also received the Margaret A. Edwards Award for lifetime achievement in writing for young adults and was the first recipient of the Coretta Scott King–Virginia Hamilton Award for Lifetime Achievement. He was a 2010 United States nominee for the Hans Christian Andersen Award and was nominated for the Astrid Lindgren Award numerous times. From 2012 to 2013, he served as the National Ambassador for Young People’s Literature with the platform “Reading is not optional.” In his most-beloved books, Walter explored the themes of taking responsibility for your life and that everyone always gets a second chance.