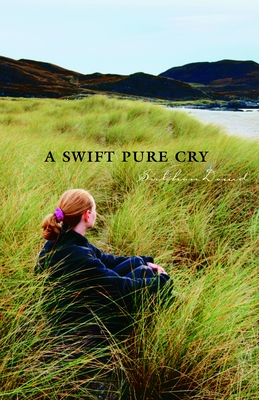 
Special Order—Subject to Availability
Ireland 1984.After Shell's mother dies, her obsessively religious father descends into alcoholic mourning and Shell is left to care for her younger brother and sister. Her only release from the harshness of everyday life comes from her budding spiritual friendship with a naive young priest, and most importantly, her developing relationship with childhood friend, Declan, who is charming, eloquent, and persuasive. But when Declan suddenly leaves Ireland to seek his fortune in America, Shell finds herself pregnant and the center of a scandal that rocks the small community in which she lives, with repercussions across the whole country. The lives of those immediately around her will never be the same again.This is a story of love and loss, religious belief and spirituality—it will move the hearts of any who read it.
Siobhan Dowd’s novels include A Swift Pure Cry, for which she was named a Publishers Weekly Flying Start author, The London Eye Mystery, and Bog Child. She passed away in August of 2007 from breast cancer.
“IT IS NO small feat to write a story so heavy with foreboding and both deliver on the palpable sense of dread and concoct a hopeful yet realistic ending. Dowd achieves this in her beautifully realized account of one girl’s
loss of innocence, and her resilient recovery.”—Publishers Weekly, Starred

“Dowd’s elegant, unsentimental prose and her instinctive grasp of the struggles of the human heart [lead] toward a hopeful ending. Don’t let your kids keep this book to themselves.”—People Magazine

“Told through flowing eloquent prose, with strong Joycean influences, this engrossing and haunting tale will not let the reader go.”—Kirkus Reviews