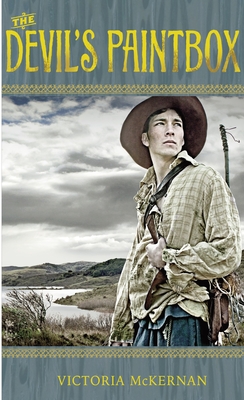 
Special Order—Subject to Availability
It is April 1865. Aiden and Maddy Lynch have barely survived a brutal winter alone on the remains of their family’s drought-ravaged Kansas farm when an unlikely savior appears one morning. Jefferson J. Jackson is looking for strong men to work in the Seattle lumber camps, not a half-starved teenager with a useless girl in tow, but somehow the pair convinces him to let them join his wagon train.

It is a chance at a new life for Aiden and Maddy, but one that is two thousand rough and perilous miles away. "It's said there’s a grave a mile on the Oregon Trail," Jackson tells them bluntly. And Aiden soon learns that the greatest dangers go beyond storms, stampedes, and rattlesnakes. When smallpox, "the devil’s paint," threatens an Indian community Aiden has befriended, his loyalties, wits, and courage are severely tested.

Adventure-filled and historically accurate, Victoria McKernan’s novel captures both the peril and stunning beauty of the frontier West in an epic American story at once sweeping and intimate, heartbreaking and hopeful.

Victoria McKernan is the author of the acclaimed Shackleton's Stowaway, a historical novel for young adults about the eighteen-year-old stowaway on Ernest Shackleton's 1914 expedition to the South Pole. She has also written four novels for adults. She is currently at work on her next novel for young readers.

Victoria McKernan lives in Washington, D.C., with a dog, two cats, and one boa constrictor.

Starred Review, School Library Journal, February 2009:
“This action-packed novel has all the elements of a good Western. . . Fans of wilderness survival stories or adventure sagas will appreciate it most.”