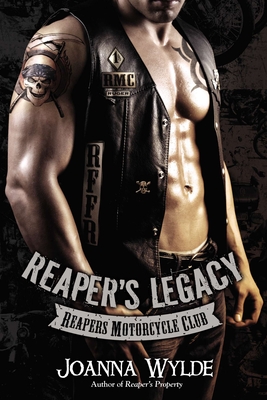 This is book number 2 in the Reapers Motorcycle Club series.

Eight years ago, Sophie gave her heart—and her virginity—to Zach Barrett on a night that couldn’t have been less romantic or more embarrassing. Zach’s step-brother, a steely-muscled, tattooed biker named Ruger, caught them in the act, getting a peep show of Sophie he’s never forgotten.

She may have lost her dignity that fateful night, but Sophie also gained something precious—her son Noah. Unfortunately, Zach’s a deadbeat dad, leaving Ruger to be Noah’s only male role model. When he discovers Sophie and his nephew living in near poverty, Ruger takes matters into his own hands—with the help of the Reapers Motorcycle Club—to give them a better life.

Living with outlaw bikers wasn’t Sophie’s plan for her son, but Ruger isn’t giving her a choice. He’ll be there for Noah, whether she wants him or not. But Sophie does want him, has always wanted him. Now she’ll learn that taking a biker to bed can get a girl dirty in every way…
Joanna Wylde is the New York Times bestselling author of the Reaper’s Motorcycle Club novels and the Silver Valley series. She lives in the mountains of northern Idaho with her family.
“Wylde’s second Reaper’s Motorcycle Club contemporary (after Reaper’s Property) mixes a super-hot bad guy, a struggling young single mother, and sex that blisters the imagination, resulting in a thrill ride as raw as it is well written.”—Publishers Weekly