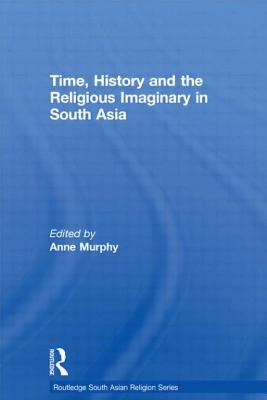 Religious imaginary is a way of conceiving and structuring the world within the conceptual and imaginative traditions of the religious. Using religious imaginary as a reference, this book analyses temporal ideologies and expressions of historicity in South Asia in the early modern, pre-colonial and early colonial period.

Chapters explore the multiple understandings of time and the past that informed the historical imagination in various kinds of literary representations, including historiographical and literary texts, hagiography, and religious canonical literature. The book addresses the contributing forces and comparative implications of the formation of religious and communitarian sensibilities as expressed through the imagination of the past, and suggests how these relate to each other within and across traditions in South Asia. By bringing diverse materials together, this book presents new commonalities and distinctions that inform a larger understanding of how religion and other cultural formations impinge on the concept of temporality, and the representation of it as history.

Anne Murphy is Assistant Professor and Chair of Punjabi Language, Literature, and Sikh Studies at the University of British Columbia, Canada. Her research focuses on the historical formation of religious communities in Punjab and environs, with particular but not exclusive attention to the Sikh tradition.