Vernacular Architecture of West Africa: A World in Dwelling (Hardcover) 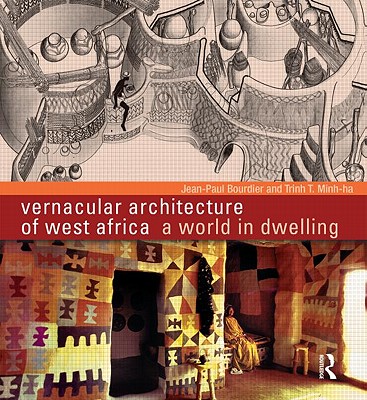 Vernacular Architecture of West Africa: A World in Dwelling (Hardcover)

The dwellings of hundreds of African ethnic groups offer a variety of conceptions and building practices that contradict the widespread image of the primitive hut commonly attributed to rural Africa. Each house or group of houses is designed not only to shelter the members of a family, but also to enable intimate communication with ancestors and divinities and to harmonize with the forces of nature. Such an architecture thrives in a community context where it is simply not acceptable to plunder resources from the earth, and resources are used only in accordance with their availability, in quantity, and at times of year that minimize environmental impact.

This cultural dimension and its realization through different architectural practices are illustrated in this work with examples taken from dwellings across numerous ethnic groups in sub-Saharan West Africa.

Drawings, plans, axonometric projections, and photographs show the beauty and complexity of this architecture that is a spiritual praxis--as much place of life as work of art.

An architect, painter, photographer, film producer and production designer, Jean-Paul Bourdier is Professor of Architecture at the University of California, Berkeley. He has published several books on vernacular architecture, notably Drawn from African Dwellings and African Spaces: Design for Living in Upper-Volta. His work in land art, body art and photography has been the object of numerous expositions and received many prizes. Some of his work in this area has been gathered in his most recent book, Bodyscapes. Trinh T. Minh-ha is Professor of Rhetoric and of Gender and Women's Studies at the University of California, Berkeley. A cultural critic, a feminist and postcolonial theorist as well as a filmmaker, visual artist, writer and composer, she is the author of several books including Woman Native Other, When the Moon Waxes Red, Framer Framed, Cinema Interval, The Digital Film Event, and most recently, Elsewhere, Within Here. Her work also includes seven feature-length films (including Naked Spaces - Living is Round, Surname Viet Given Name Nam, Shoot for the Contents, and Night Passage) that have been honored in many retrospectives worldwide.