The Peoples Of Middle-Earth (History of Middle-earth #12) (Hardcover) 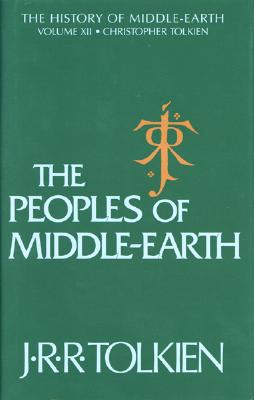 The Peoples Of Middle-Earth (History of Middle-earth #12) (Hardcover)

This is book number 12 in the History of Middle-earth series.

Throughout this vast and intricate mythology, says Publishers Weekly, "one marvels anew at the depth, breadth, and persistence of J.R.R. Tolkien's labor. No one sympathetic to his aims, the invention of a secondary universe, will want to miss this chance to be present at the creation." In this capstone to that creation, we find the chronology of Middle-earth's later Ages, the Hobbit genealogies, and the Western language or Common Speech. These early essays show that Tolkien's fertile imagination was at work on Middle-earth's Second and Third Ages long before he explored them in the Appendices to The Lord of the Rings . Here too are valuable writings from Tolkien's last years: " The New Shadow," in Gondor of the Fourth Age, and" Tal-elmar," the tale of the coming of the Nsmen-rean ships.
J.R.R. TOLKIEN (1892–1973) is the creator of Middle-earth and author of such classic and extraordinary works of fiction as The Hobbit, The Lord of the Rings, and The Silmarillion. His books have been translated into more than fifty languages and have sold many millions of copies worldwide.