Minders of Make-Believe: Idealists, Entrepreneurs, and the Shaping of AmericanChildren's Literature (Hardcover) 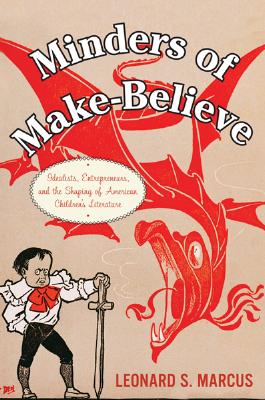 Minders of Make-Believe: Idealists, Entrepreneurs, and the Shaping of AmericanChildren's Literature (Hardcover)

An animated first-time history of the visionaries--editors, authors, librarians, booksellers, and others--whose passion for books has transformed American childhood and American culture

What should children read? As the preeminent children’s literature authority, Leonard S. Marcus, shows incisively, that’s the three-hundred-year-old question that sparked the creation of a rambunctious children’s book publishing scene in Colonial times. And it’s the urgent issue that went on to fuel the transformation of twentieth-century children’s book publishing from a genteel backwater to big business.
Marcus delivers a provocative look at the fierce turf wars fought among pioneering editors, progressive educators, and librarians--most of them women--throughout the twentieth century. His story of the emergence and growth of the major publishing houses--and of the distinctive literature for the young they shaped--gains extraordinary depth (and occasional dish) through the author’s path-finding research and in-depth interviews with dozens of editors, artists, and other key publishing figures whose careers go back to the 1930s, including Maurice Sendak, Ursula Nordstrom, Margaret K. McElderry, and Margret Rey.
From The New England Primer to The Cat in the Hat to Cormier’s The Chocolate War, Marcus offers a richly informed, witty appraisal of the pivotal books that transformed children’s book publishing, and brings alive the revealing synergy between books like these and the national mood of their times.