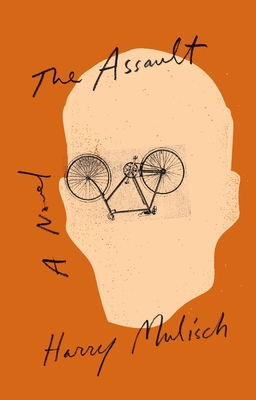 
Not On Our Shelves—Ships in 1-5 Days
It is the winter of 1945, the last dark days of World War II in occupied Holland. A Nazi collaborator, infamous for his cruelty, is assassinated as he rides home on his bicycle. The Germans retaliate by burning down the home of an innocent family; only twelve-year-old Anton survives.

Based on actual events, The Assault traces the complex repercussions of this horrific incident on Anton's life. Determined to forget, he opts for a carefully normal existence: a prudent marriage, a successful career, and colorless passivity. But the past keeps breaking through, in relentless memories and in chance encounters with others who were involved in the assassination and its aftermath, until Anton finally learns what really happened that night in 1945—and why.
Born in 1927 to a Jewish mother whose family died in the concentration camps and an Austrian father who was jailed after the war for collaborating with the Nazis, HARRY MULISCH is one of Holland's most acclaimed writers. He is the author of more than thirty works of fiction, nonfiction, commentary, plays, and poetry, many of them having as their subject the Second World War. The Assault has been translated into more than two dozen languages and was made into an Academy Award–winning film in 1986. Mulisch died in 2010.
“A beautiful and powerful work [that] takes its place among the finest European fiction of our time.”
—Elizabeth Hardwick

“It is as a parable of war, whose guilts and neuroses reach well into the present, that this novel is so is so persuasive. We may read The Assault in part as a thriller. But it is a political thriller that removes the postwar scar tissue protecting society. And it is a psychological thriller probing the moral devastation between neighbors, fellow students, husbands and wives. . . . It is Mulisch’s triumph to have revealed all this with an X-ray cunning.”
—The New York Times Book Review