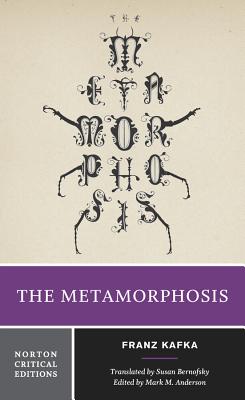 Franz Kafka's 1915 novella of nightmarish transformation became a worldwide classic and remains a century later one of the most widely read works of fiction in the world. This new and acclaimed translation is accompanied by possible inspirations and critical analysis of Gregor Samsa's strange story.

· Susan Bernofsky’s acclaimed new translation, along with her Translator’s Note.

· A Chronology and a Selected Bibliography.

Franz Kafka (1883–1924) was one of the most important writers of the twentieth century. His major novels include The Trial, The Castle, and Amerika.

Mark M. Anderson is Professor of Germanic Languages at Columbia University. He is the author of Kafka’s Clothes and the editor of Reading Kafka. He has written widely on literary modernism and has edited and translated contemporary Austrian writers Ingeborg Bachmann and Thomas Bernhard.

Susan Bernofsky is the acclaimed translator of Hermann Hesse, Robert Walser, and Jenny Erpenbeck, and the recipient of many awards, including the Helen and Kurt Wolff Prize and the Hermann Hesse Translation Prize. She teaches literary translation at Columbia University and lives in New York.
Distinguishes itself from previous translations in its first sentence.
— Slate

Susan Bernofsky's new, exacting translation shows just how ingenious the structure of [The Metamorphosis] is, and just how difficult it is to render Kafka's German into English. She succeeds brilliantly, however, with a vivid fidelity to Kafka's vision, driving home the way he makes us at once sympathetic to his anti-hero, Gregor Samsa, and repulsed by him.”

Vibrant . . . preserves the comedy as well as the tragedy of Kafka’s text.
— Times Literary Supplement

This is the transforming text for you.
— Richard Howard