How to Read Lacan (Paperback) 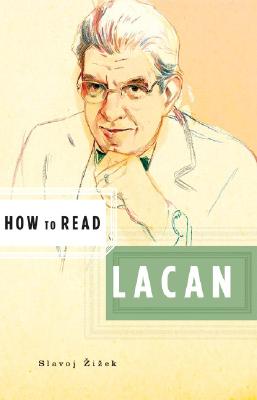 How to Read Lacan (Paperback)

“The only thing of which one can be guilty of is having given ground relative to one’s desire.”—Jacques Lacan

The How to Read series provides a context and an explanation that will facilitate and enrich your understanding of texts vital to the canon. These books use excerpts from the major texts to explain essential topics, such as Jacques Lacan's core ideas about enjoyment, which re-created our concept of psychoanalysis.

Lacan’s motto of the ethics of psychoanalysis involves a profound paradox. Traditionally, psychoanalysis was expected to allow the patient to overcome the obstacles which prevented access to "normal" sexual enjoyment; today, however, we are bombarded by different versions of the injunction "Enjoy!" Psychoanalysis is the only discourse in which you are allowed not to enjoy.

Slavoj Žižek’s passionate defense of Lacan reasserts Lacan’s ethical urgency. For Lacan, psychoanalysis is a procedure of reading and each chapter reads a passage from Lacan as a tool to interpret another text from philosophy, art or popular ideology.

Slavoj Žižek, philosopher and psychoanalyst, heads the International Center of Humanities at Birkbeck College. His numerous books, translated into more than thirty languages, include The Parallax View and Lacan: The Silent Partners.

Simon Critchley is a best-selling author and the Hans Jonas Professor of Philosophy at the New School for Social Research. His many books include The Book of Dead Philosophers, Bowie, and Tragedy, the Greeks, and Us.