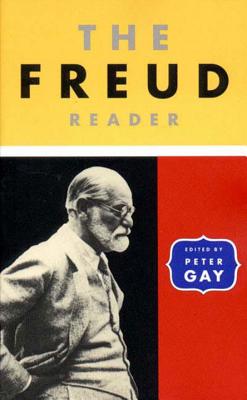 What to read from the vast output of Sigmund Freud has long been a puzzle. Freudian thought permeates virtually every aspect of twentieth-century life; to understand Freud is to explore not only his scientific papers—on the psycho-sexual theory of human development, his theory of the mind, and the basic techniques of psychoanalysis—but also his vivid writings on art, literature, religion, politics, and culture.

The fifty-one texts in this volume range from Freud's dreams, to essays on sexuality, and on to his late writings, including Civilization and Its Discontents. Peter Gay, a leading scholar of Freud and his work, has carefully chosen these selections to provide a full portrait of Freud's thought. His clear introductions to the selections help guide the reader's journey through each work.

Many of the selections are reproduced in full. All have been selected from the Standard Edition, the only English translation for which Freud gave approval both to the editorial plan and to specific renderings of key words and phrases.

Sigmund Freud (1856-1939) is one of the twentieth century's greatest minds and the founder of the psychoanalytic school of psychology. His many works include The Ego and the Id; An Outline of Psycho-Analysis; Inhibitions; Symptoms and Anxiety; New Introductory Lectures on Psycho-Analysis; Civilization and Its Discontent, and others.

Peter Gay (1923—2015) was the author of more than twenty-five books, including the National Book Award winner The Enlightenment, the best-selling Weimar Culture, and the widely translated Freud: A Life for Our Time.