The Paladin: A Spy Novel (Hardcover) 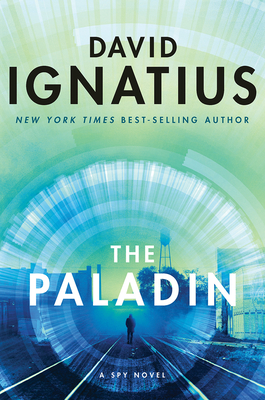 The Paladin: A Spy Novel (Hardcover)

A Financial Times Best Thriller of 2020

When a daring, high-tech CIA operation goes wrong and is disavowed, Michael Dunne sets out for revenge.

CIA operations officer Michael Dunne is tasked with infiltrating an Italian news organization that smells like a front for an enemy intelligence service. Headed by an American journalist, the self-styled bandits run a cyber operation unlike anything the CIA has seen before. Fast, slick, and indiscriminate, the group steals secrets from everywhere and anyone, and exploits them in ways the CIA can neither understand nor stop.

Dunne knows it’s illegal to run a covert op on an American citizen or journalist, but he has never refused an assignment and his boss has assured his protection. Soon after Dunne infiltrates the organization, however, his cover disintegrates. When news of the operation breaks and someone leaks that Dunne had an extramarital affair while on the job, the CIA leaves him to take the fall. Now a year later, fresh out of jail, Dunne sets out to hunt down and take vengeance on the people who destroyed his life.

David Ignatius is a prize-winning columnist for the Washington Post and has been covering the Middle East and the CIA for four decades. He has written several New York Times bestsellers, most recently The Director. He lives in Washington, DC.
A delicious layer cake of a book—tension, suspense, betrayal, and revenge, all floating on a bedrock of total authenticity…David Ignatius is the best in the world at this stuff.
— Lee Child

The Paladin is a terrific read, a great spy thriller for the cyber age—and as with The Quantum Spy, it likely anticipates the future quite presciently.

— General David Petraeus, US Army (Ret.), former Director of the CIA and former Commander of the Surge in Iraq, US Central Command, and Coalition Forces in Afghanistan

Ignatius...brings his immense skills as a journalist to his fiction, researching the idea and enriching his plot with both the latest spycraft and the arcane workings of, very often, the CIA.…Ignatius’s unsettling novel reminds us that we have created a world where facts have “alternatives” and the “news” on the social networks can’t be trusted. It’s a page turner, but it’s also a chilling story of the way the Internet has been weaponized.
— Chris Bohjalian - Washington Post

The Paladin feels completely authentic, from the inside of the CIA’s headquarters to operational tradecraft.… Ignatius’s skillfully layered tale makes The Paladin stand out in a crowded field.

This is one of those rare novels that you will want to read twice --- the first time for the enjoyment, and the second time to take note of how Ignatius does what he does so well.
— Joe Hartlaub - Bookreporter

David Ignatius once again takes readers behind the scenes of America’s most secretive bureaucracy, revealing in fiction what could never be declassified in fact. The Paladin is yet another stirring read from a revered reporter and a gifted storyteller.

For me nothing is more intriguing than life inside our intelligence agencies. In The Paladin, David Ignatius uses his decades’ worth of reporting experience to take us there in this fast-moving, jaw-dropping drama that reads like it was ripped from the headlines. I recommend you grab a copy and hold on tight for the entire thrilling ride.

Ignatius has written several top-notch spy thrillers, but [The Paladin] may be his most gripping yet…Love it for its old-school suspense or for its ultramodern vision of technology run amok, but love it you will.